Anthropologists conducting fieldwork in distinctive sites populated by ‘epistemic communities,’ such as public institutions, activist collectives, artistic spaces and laboratories, have recently engaged in intense reflexive examination of their research practices and methodological engagements. This book presents a series of ethnographic accounts in which authors share their methodological anxieties and reveal the creative inventiveness emanating from fieldwork practices that challenge what they had assumed to be the norm and form of ethnography. Populated by activists, artists, designers, public servants and scientists, these ethnographic sites appear to compel us—or provide the opportunity—to reconsider not only the epistemic practices, types of relationships and forms of engagement in our fieldwork, but also our accounts of the field. Taking on this challenge, contributors explore a descriptive approach to their projects, narrating the intimate relationships established with their counterparts–now turned into epistemic partners–and the interventions devised as forms of epistemic collaboration in the field that open venues for experimental interventions in ethnography.

In the accounts compiled in this book, ethnography occurs through processes of material and social interventions that turn the field into a site for epistemic collaboration. Through creative interventions that unfold what we term as ‘fieldwork devices’—such as coproduced books, the circulation of repurposed data, co-organized events, authorization protocols, relational frictions, and social rhythms—anthropologists engage with their counterparts in the field in the construction of joint anthropological problematizations. In these situations, the traditional tropes of the fieldwork encounter (i.e. immersion and distance) give way to a narrative register of experimentation, where the aesthetics of collaboration in the production of knowledge substitutes or intermingles with the traditional trope of participant observation. Building on this, we propose the concept of ‘experimental collaborations’ to describe and conceptualize this distinctive ethnographic modality. 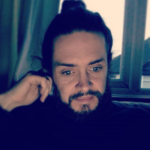 Adolfo Estalella, PhD is an anthropologist affiliated to the Spanish National Research Council (CSIC). His recent work is focused on the study of digital cultures and grass-roots urbanism. He has published, in collaboration with Alberto Corsín Jiménez, Political Exhaustion and the Experiment of Street (JRAI 2017) and Ethnography: A Prototype (Ethnos 2016). Two accounts of a long investigation on the 15M movement (the Spanish Occupy movement) and a series of urban grass-roots movements developed after the financial crisis. His two fields of research are Anthropology of Knowledge and Science and Technology Studies (STS). 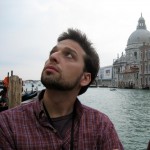 is a social anthropologist with specialization in STS. Senior Researcher at TUM’s Munich Center for Technology in Society (MCTS), he currently undertakes ethnographic and archival research on DIY and institutional urban accessibility struggles and the design/maintenance of sidewalk democracy as well as inclusive urbanism practices in Europe, with a focus on Spain. Interested in their two-fold dimension as forms of ‘technoscientific activism’–with their experience-based challenge and democratizations of expertise through the production of documentation interfaces–, and as ‘ecologies of support’, generating encounters to elicit bodily diversity and the appropriate socio-material affordances to host it.