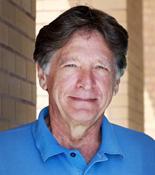 George E. Marcus is Chancellor’s  Professor of  Anthropology at the  University of California, Irvine. He co-authored Anthropology As Cultural Critique (1986), and co-edited  Writing Culture (1986). He was the founding  editor of the journal Cultural Anthropology.  In recent years, after founding the  Center for  Ethnography at UC Irvine (2005), he  has been interested  in  various mergings of anthropology’s emblematic ethnographic method  with design thinking,  and more generally, in how calls for, and experiments with, collaboration have both changed  and preserved  longstanding ideas that have shaped  anthropology.  He has coedited a series of books on anthropology’s changing  method: Fieldwork Is More Than It Used To Be (2009), Theory Is More  Than It Used To Be (2016), and  Collaborative  Analytics (Forthcoming).