An official network of the European Association of Social Anthropologists (EASA) 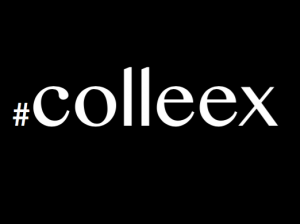 Colleex is a network that aims to open a space for debate and intervention around experimental forms of ethnographic fieldwork. Amid profound debates in recent years on the nature and conventions of ethnography, Colleex seeks to explore novel forms of knowledge production for anthropology. The network is organized as a collaboratory whose main agenda is to foster theoretical debates and practical explorations on what we call ethnographic experimentation.

Ethnographic Fieldwork
Fieldwork has traditionally been understood as the cornerstone epistemic situation for the production of anthropological knowledge in ethnography. Both an empirical practice and disciplinary narrative, we know that nowadays fieldwork is not what it used to be —or maybe it has never been what the canon narrates—. The solitary confined research practice of ethnography has given way to collaborative projects, far-away locations have been replaced by close-to-home field sites, and traditional visual predominance has been expanded into a multi-sensory concern.

Anthropological imagination has traditionally understood the epistemic practice of fieldwork in observational terms. The figure of participant observation has worked both as description and prescription for the kind of social relationships and epistemic practices through which anthropologists produce knowledge in the field. The entrance of anthropology in novel empirical sites and the construction of new objects of study in the last decades seem to require from us to urgently revise and devise other forms of practising fieldwork.

Experimentation
Invoking the figure of the experiment acts as a provocation to investigate alternative epistemic practices in ethnography. Colleex intends to explore the infrastructures, spaces, forms of relationships, methods and techniques required to inject an experimental sensibility in fieldwork. Nevertheless, there is no intention to oppose experimentation to observation. On the contrary, Colleex seeks to discern the multiple forms of relationship between these two epistemic forms —and their correlate modes of relationality— that in different circumstances and situations may be complementary, adjacent or substitutive.

Not alien to the anthropological endeavour, experimentation was invoked decades ago as an opportunity to renovate the discipline through novel forms of ethnographic writing and representation. Colleex network would like to further develop that experimental impulse present in many anthropological sensibilities, shifting its locus from the process of writing to the practice of fieldwork. The intention is to work on a question: What would ethnographic fieldwork look like if it was shaped around the epistemic practice of experimentation? Hence, fieldwork experimentation is not being invoked just for its own sake but because there is a prospect that it could help foster new forms of anthropological theorization.

Colleex is established as a collaboratory, a project that aims at promoting forms of collaboration among all those interested in the topic under discussion.

In contrast with permanent networks, from its very inception Colleex would like to work with a temporary horizon of 5 years, after which we expect to deliver a contribution of the work done by the network in appropriate formats, be it in conventional academic and/or more experimental formats faithful to the collaboratory sensibility we are invoking. Four convenors will develop their task for periods of two years. The network will only continue after the first period of five years if a designed program for its continuity is agreed by its members.