In early 2011 I started what should have been an ethnography of artistic work produced in relation to the Olympic-led transformation of East London. According to the plan, fieldwork would consist in a series of case studies, in which I would follow the work of artists, I kept it for approximately two hours, the time I took to recognise that the position of the engaged observer was untenable in a context in which all hands were needed to meet the project’s deadline. The aim of this chapter is to conceptualise this trajectory, not as an example of ‘going native’ or methodological opportunism (my own interpretation for quite a while), but as a process of transforming ethnography into a device of knowledge co-production. Entering into these relations of collaboration meant producing particular epistemic technologies. I’m particularly interested in discussing situations in which these collaborations failed or became difficult – moments in which the difference of positions, objectives and forms of knowledge embodied by the participants became apparent and had to be articulated. 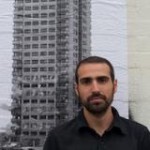 Isaac Marrero-Guillamón is Lecturer at the Department of Anthropology, Goldsmiths, University of London. His work is concerned with the entanglements between politics and aesthetics, and the ways in which activism and artistic practice may contribute to the production of new conditions of possibility for collectives. He has explored this through a range of visual and collaborative ethnographic methodologies, focusing on urban renewal conflicts (in Barcelona and London) and public art controversies (in Tindaya, Fuerteventura). He is the editor, with Hilary Powell, of The Art of Dissent: Adventures in London’s Olympic State (Marshgate Press).