Drawing on my own fieldwork notes from ‘research traineeships’ conducted in municipal organisations of Amsterdam, Antwerp and Leeds in 2009-10, this article argues against an idealised or nostalgic view of collaboration. Instead it delineates some of the challenges and risks of collaborative ethnography. By reflecting on the difficulties I experienced in my role and position vis-à-vis local officials and practitioners I identify the ways in which collaboration has impacted on my research and suggest some provisions for conducting collaborative ethnographies in state organisations. 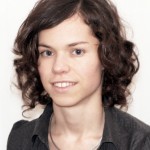 Maria Schiller  is a postdoctoral research fellow at the Max Planck Institute for the Study of Religious and Ethnic Diversity, in Göttingen, Germany. She has published a monograph entitled European Cities, Municipal Organizations and Diversity: The New Politics of Difference with Palgrave Macmillan, and articles in peerreviewed journals including Ethnic and Racial Studies, Journal of Ethnic and Migration Research and the International Review of Administrative Sciences. Maria holds a PhD in migration studies from the University of Kent and an MA in anthropology from the University of Vienna. In the past, she has held teaching positions in Germany, Austria and the UK