The reader is introduced to the shared use of digital technologies between interlocutors and anthropologist after a journalist’s questions about social control sparked a discussion in social media on freedom, autonomy and (social) control. Waltorp draws attention to how digital technology enables the iterative formation of knowledge and continued feedback in specific ways, and discuss how the knowledge-making in her project has integrated the way the interlocutors and she herself uses social media. This interface between them, concretely and figuratively speaking, allowed for moral worlds, or positions, to co-exist, clash, contradict and be (un)settled. A zone of encounter emerged, where knowledge in different registers – intimate, embodied, tacit, verbalized and formal – could be shared. People, smartphones, emails and message applications thus unfolded as a series of interfaces in the field that led her to conceptualize an ethnography where the field takes the form of an interface: a field of ambiguous conditions because it links together those things which at the same time it separates. ‘Fieldwork as Interface: Digital technologies, moral worlds and zones of encounter’, brings together the contestation of journalistic discourses with ethnographic analysis and methodological discussion, through the idea of fieldwork as interface that emphasizes the mutually conditioning encounter between interlocutors, anthropologist and digital technologies in knowledge-making processes. 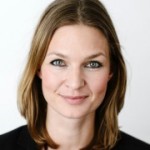 Karen Waltorp is Assistant Professor at Department of Anthropology, Aarhus University. Her interests span social media and technologies, gender, kinship, the (urban) environment, and Islam and the West. She teaches in the Eye and Mind MA specialization in visual anthropology, and design anthropology. She has done fieldwork in Denmark, Iran and South Africa, and is the director of the award-winning Manenberg (2010), building on fieldwork in South Africa 2005-2009, which received the Royal Anthropological Institute’s Basil Wright Film Prize 2011. Her PhD Mirror Images entailed a 30 min. film as part of an exploration of the smartphone as relational device and real virtuality with young Muslim women in Copenhagen, Denmark. She is currently part of the 3-year research project ARTlife: Articulations of Life Among Afghans in Denmark.